Since tattoos first entered into mainstream and pop culture, there have been major trends in tattoo design or placement. Some were fairly good, and others weren’t so good. Today, Cap1 Tattoos in Denton, Texas is going to go through some of the biggest tattoo trends. 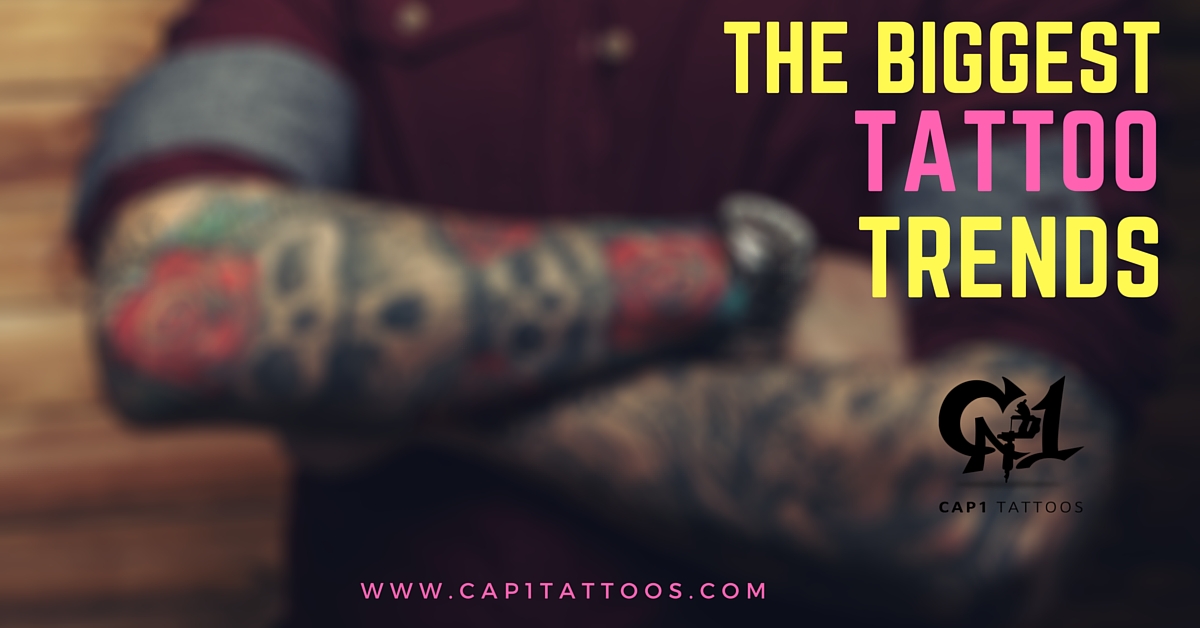 No list of tattoo trends would be complete without mentioning tribal tattoos. Technically, tribal tattoos were popular over 2,000 years ago when Samoan tribes would use the tattoos as a symbol of their connection to their culture. However, in the ‘90s tribal tattoos hit pop culture and many young males flocked to tattoo parlors to get a tribal tattoo.

While the men of the ‘90s had tribal tattoos, women had lower back, or “tramp stamp” tattoos. This trend continued into the 2000s and is still trending today, though it’s not quite as common.

Around the mid to late 2000s, many people were getting one word tattoos. Usually, the word had some kind of deeper meaning to the person. However, certain words were used so much that the tattoos stop being unique and devolved into more of a trending novelty.

Starting in the late 80s, barbed wire tattoos were a symbol of hope, faith and salvation. However, once the tattoo became mainstream, it lost that meaning and now holds a spot in tattoo design infamy right beside tribal tattoos.

While this trend started in the 90s, it’s still going to this day. Many of the Chinese characters tattooed are the same one word statements that people got in the 2000s. This was an issue because people wouldn’t do enough research on the true meaning of the characters and would end up having a tattoo that meant something other than what they originally intended.

This trend is immensely popular and is actually a great place to get a tattoo for those who want to have a small tattoo that can be easily shown off or hidden. Wrist tattoos are still very common and will more than likely stay popular for quite some time.

While there’s nothing wrong with getting a trending tattoo design, Cap1 Tattoos believes that your tattoo should be unique to you. For truly unique tattoos near Dallas, Texas, visit the Cap1 Tattoos website today and take a look at our tattoo gallery.