4 Tattoos You Should Think Twice About Getting

Let us start by saying that we’re not telling you to not get these types of tattoos, just that you want to really think about what you’re getting. Tattoos are permanent and meant to be something that you enjoy, not regret. With that being said, Capone and Cap1 Tattoos in Denton have a few tattoos you might want to think twice about getting. 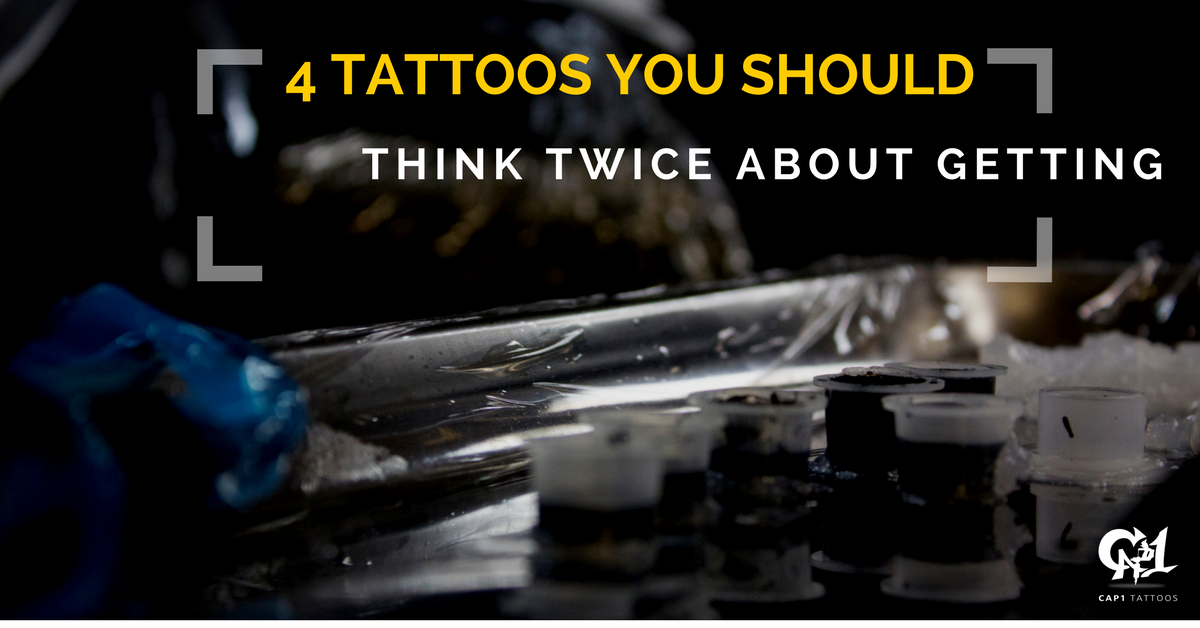 1. Words in a Foreign Language

Rule of thumb: just because Google told you that was the Chinese symbol for love doesn’t mean that it’s right. The best way to ensure that the symbol, spelling or accent placement are correct, check with multiple sources. You want to extra careful with phrases rather than just one word.

Nothing shows your commitment like willingly putting someone else’s name on your skin, but it can also be a huge risk. Most everyone problem knows someone that has a name of an ex tattooed on them. We’re not saying not to get your significant other’s name tattooed on you. We’re simply saying that you should really think about it.

If you want to get the Jagermeister logo tattooed on you, go for it! That isn’t the type of alcohol-inspired we’re talking about. We’re talking about the tattoos you think are a great idea after having a few drinks. Getting tattooed drunk is not only disrespectful to your tattoo artist, but it also poses as a safety issue. Not to mention you might regret getting it. Just wait out the night, and if that design your buddy drew on a bar napkin still sounds like a great idea – go for it!

4. Anything from an Unlicensed Artist

This should be a no-brainer. Even if they’re your best friend or some guy that’s just willing to give you a free tattoo. Unless they’re a licensed tattoo professional, it’s a bad idea. Not only could the tattoo be done poorly, you also run the risk of developing a possible infection. And that’s the last thing you want!

All of this is to say, it isn’t a bad thing to be spontaneous and get fun tattoos. As long as you accept any possible future regrets. If you want a true piece of body art that you will love to show off, contact Capone today. You can also check out some of his work and more tattoo design inspirations on at Cap1 Tattoos Pinterest.